President, Co-Founder Devin is originally from Dallas, Texas but has called Northern Colorado home for over twenty years. A graduate from Colorado State University, he has been passionate about real estate and development from a young age. When he is not working, Devin enjoys staying active by cycling, running, swimming and traveling.

Vice President, Co-Founder A Colorado native, Andrew grew up in the mountains west of Denver. He has called Fort Collins home for nearly 10 years. Andrew double majored at Colorado State University where he earned a Bachelors degree in both Business Administration and Construction Management. Outside of work, Andrew enjoys spending time on the lake or in the mountains with his friends and family.

Finance Manager Jann is originally from Minnesota and moved to Fort Collins last year after spending 16 years in northern New Mexico. She brings 15 years of accounting experience from various industries including construction, non-profit and healthcare and has an educational background in both the Arts and Accounting. In her free time, Jann is an outdoor and environmental enthusiast and an avid hockey fan.

Sales and Leasing Brenda was born and raised in southern Colorado. She moved to Fort Collins for college and has since decided to make it her home. On her downtime, she enjoys traveling, biking to breweries, and being outside in the Colorado sunshine. Brenda strives to bring positivity to every situation she is a part of and gets the most joy out of making others happy.

Project Manager Chris is a native of Fort Collins.  He came to the construction industry in 2013 after more than a decade as a Purchaser in technical manufacturing.  After a short time in commercial construction, he followed his passion for homebuilding and joined FR in 2018.  When not at work he enjoys spending time with his dogs, mountain adventure sports, and live music.

Superintendent, FR Development Marcial is originally from Northern California. He moved to Fort Collins in 2012 and has been in the construction industry for the past six years. He loves spending time with his wife and two daughters and also enjoys playing volleyball and helping out with his church congregation. Marcial is passionate about serving others in need.

Quality Control Director Nathan is a Fort Collins native with 12 years of experience in construction. Working on warranty and maintenance items makes Nathan the problem solver at FR. His wide range of skills makes him a valuable asset to the team. In his free time, he enjoys taking walks with his wife and newborn baby girl. He also loves the outdoors, fishing, hunting, and a good theological discussion.

Jobsite Detail Erik was born in Mexico City and at the age of 17 moved to California. In 2015 he decided to move to Northern Colorado and began working for FR shortly after. Outside of work, Erik likes to go to church and enjoys outdoor activities.

Jobsite Detail Eduardo, Lalo for short, was born in Mexico and came to the US when he was 19 years old. In 2012, he moved from California to Fort Collins with his wife and two children. Lalo has worked in the construction field for over 8 years. He really enjoys listening to music. 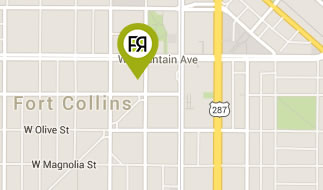